“KARMA got you and you totally deserved it…”

Kirra Point, once the greatest wave in the world but now languishing in the lower teens after losing its sand to Snapper Rocks a couple of decades back, turned on its best waves since 1994 yesterday.

Lucky Gold Coast surfers, of which there are many, thrilled to four-to-six feet of east swell, Kirra organising the lines into these wonderful green funnels.

And Mitch Parkinson, cuz to Joel, son of hotshot eighties goofyfooter Darryl, star of BeachGrit’s surfboard test series, rode the wave of the day, a tube filmmaker Justin Gane said had the potential to be one of the greatest rides ever…

QUESTION OF THE DAY: Three teens aged between 13-14 were allegedly busted in a s… 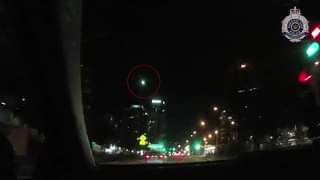 Blink and you’ll miss it – unless you’re wearing a body camera! Did you see the…

The Gabba could be the home of the 2032 Olympic Games, with a $1 billion upgrade…